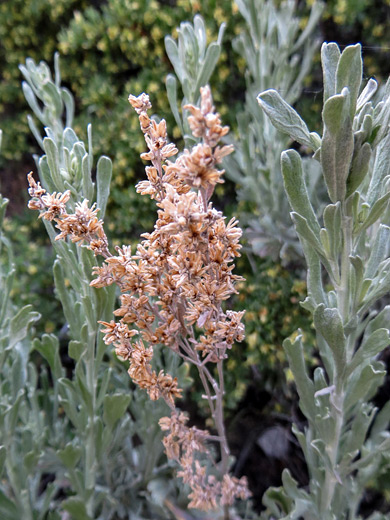 Artemisia tridentata is one of the largest sagebrush species in the West, sometimes reaching a height of 9 feet. The thick, woody, much branched stems are grey-brown in color, hairless, and older trunks have peeling, greyish bark. Leaves are quite distinctive; narrow at the base, widening to a flat top (cuneate), and are shallowly divided at the tip into three rounded lobes; the divisions are at most one third of the leaf length.

The inflorescence is a branched cluster up to 12 inches long, containing dozens of small, yellow- or cream-colored flowers, withering to orange then brown. Flowers are formed of tiny florets, numbering 3 to 8.

Four subspecies have been identified (tridentata, parishii, vaseyana, wyomingensis), differing in such aspects as height, leaf length/width ratio, involucre width and inflorescence shape. Ssp parishii is a lower elevation species, centered on the Mojave Desert, while the other three are widespread across mountains and plains at higher elevations. 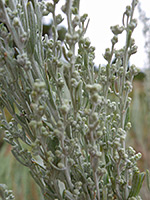 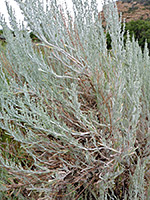 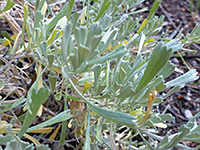 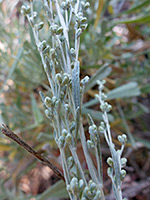