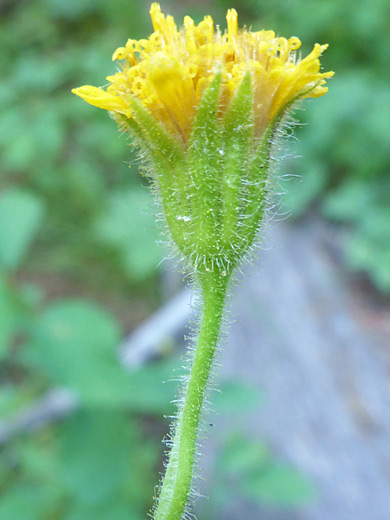 Arnica parryi is one of the few species of this large genus for which the flowerheads are formed only of disc florets; between 20 and 50 of them, with yellow corollas and yellow anthers. They are surrounded by a ring of straw-colored pappus bristles, each lined by tiny barbs, while the involucre is enclosed by one row of between 8 and 20 equally-sized phyllaries, narrowly lanceolate or linear. Phyllaries are covered by soft, white, glandular hairs, as are the stems. Phyllary margins may be purplish. Stems typically branch a few times near the top, each branch terminating in one flowerhead.

Plants produce basal leaves and up to four pairs of stem leaves, at quite wide intervals. The basal leaves are usually withered by flowering. Leaves are attached by short stems. Leaf margins may be entire, or lined by a few small, widely-separated teeth. Leaves have a sparse covering of short hairs, most densely on the upper surfaces. Flowerheads are often nodding when in bud. 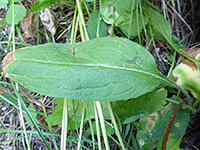 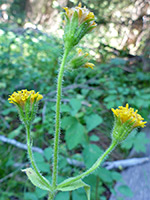 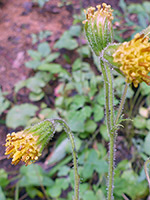 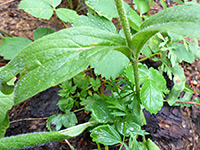