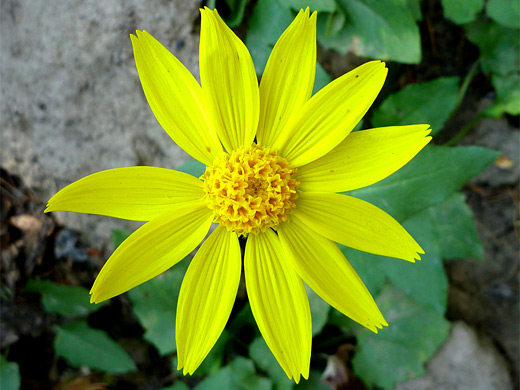 As the common name (heartleaf arnica) suggests, the leaves provide one way to distinguish arnica cordifolia from similar species, being broadly heart-shaped, coarsely-toothed and growing mostly around the base, where they persist during flowering - basal leaves of some similar arnica species are withered by this time. Leaves higher up the stem are smaller and more ovate. Leaf shape is somewhat variable, however.

Stems are hairy, especially towards the tip, as are the involucres below each flower head; these terminate in a single ring of thin, pointed green phyllaries (10 to 20). Flowers have between 9 and 16 disc florets, toothed at the apex, and numerous ray florets. Pappus bristles are white, and lined by tiny barbs. Plants grow quite tall in the open but in wooded locations are more likely to stay close to the ground, forming large colonies. They spread from the root system rather than by pollination. 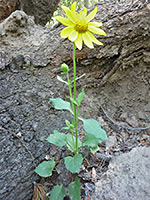 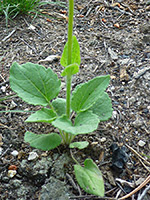 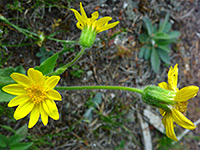 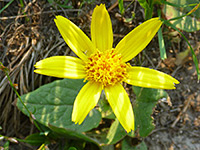 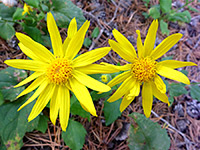 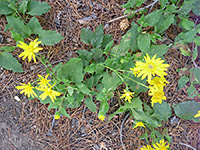 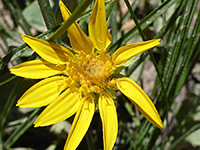 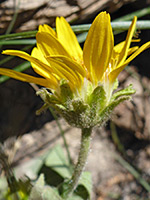 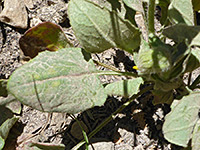