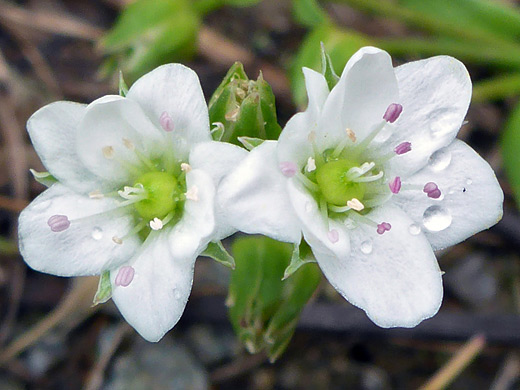 Arenaria lanuginosa produces low clumps of up to 80 stems, sometimes prostrate but usually growing vertically upwards or at an angle. Stems are usually less than one foot high, but can be up to 2 feet. Stems are green, and evenly covered by short hairs, angled downwards. Leaves are relatively thick, especially at the edges, which may be lined by short hairs. Leaves have a midvein, most noticeable underneath. Leaf tips terminate in a small point.

Flowers are formed of five hairless green sepals, which have a midvein and a pair of longer side veins, and are folded along the axis, while above and between are five larger white petals. The petals are obovate in shape, rounded at the tip and about twice as long as the sepals. Occasionally the petals may be absent. At the center are ten stamens, which have white filaments and purplish anthers, around a greenish ovary tipped by three white styles.

Var lanuginosa (New Mexico only) has fewer stems - up to ten, and produces solitary flowers, while the more widespread var saxosa has up to 80 stems, and produces flowers in clusters. 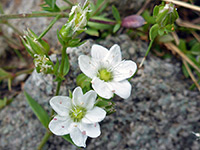 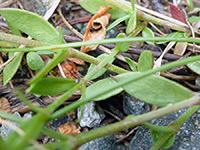 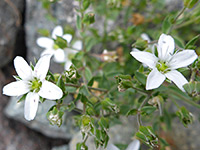 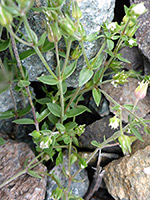 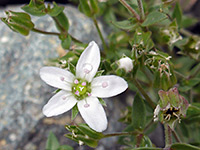 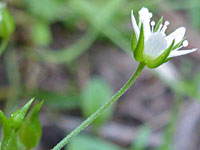 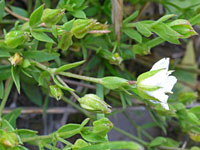