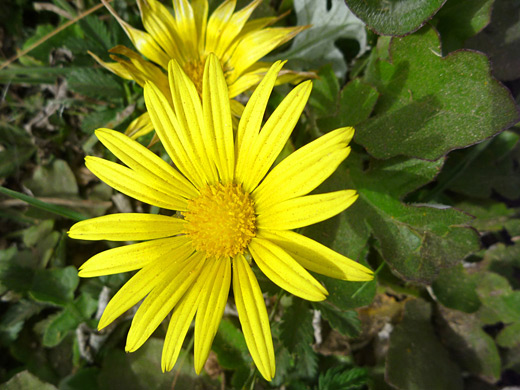 Arctotheca prostrata is one of two members of this South African genus to have become established in the US, found in scattered locations all along the Pacific coast of California. Plants bloom throughout the year, and are found in disturbed areas like beside roads and trails, and along field margins. They grow sideways, along the ground, spreading by rooting at the leaf nodes. The short, unbranched stems have a distinctive covering of bristly reddish hairs, and each is topped by a single flowerhead.

Phyllaries are green, in several rows; those in the uppermost series have reddish margins, and rounded tips. Those in the lower rows have pointed tips, bearing a few straggly hairs. Flowerheads usually have between 16 and 25 ray florets, with notched tips and lengthwise grooves; the upper surface of the rays is pure yellow, while the lower surface is yellow at the base, becoming reddish or brown towards the tip. The central disc florets are yellow to light orange in color. 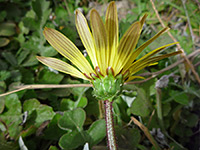 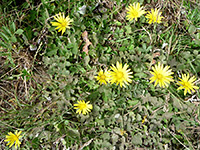 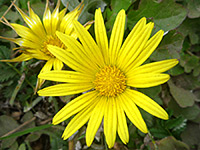