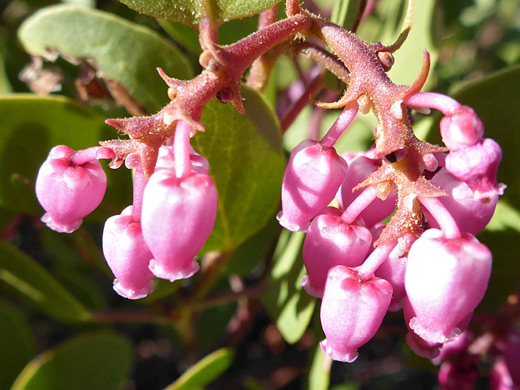 Arctostaphylos patula is amongst the most common manzanita species in the West, found in canyons, woodland and mountains, over a wide range of elevations. New stems, and flower pedicels, have a sparse to dense covering of short hairs, topped by tiny yellow glands. Some populations in the northern Sierra Nevada have hairs that are white, and non glandular. The bright green leaves are oval-shaped, round at the base (occasionally lobed) and at the tip. Leaf surfaces are shiny, hairless, and crossed by prominent veins.

The inflorescence is a terminal cluster, with 2 to 8 short, spreading branches. Pedicels are thick but short, less than a quarter of an inch. The urn-shaped flowers are pale pink, and similar in length to the pedicels. Beneath the pedicels are reddish bracts, triangular in shape, with pointed tips, and a similar hair covering to the leaves. 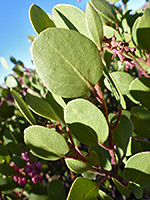 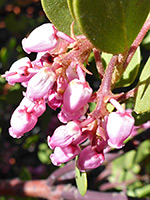 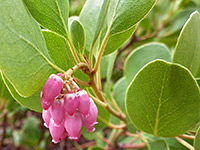 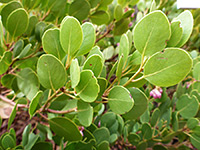 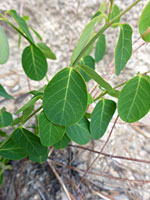 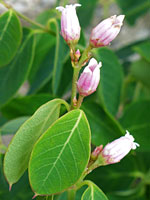