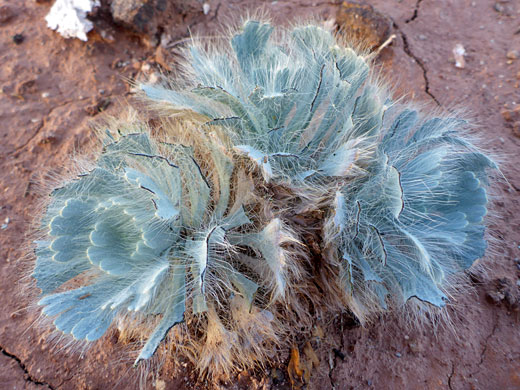 Arctomecon californica (Las Vegas bearpoppy), Valley of Fire Wash, Valley of Fire State Park, Nevada
Arctomecon californica is distinctive even when not in flower, owing to its large, grey-blue leaves, which are covered by long white hairs, and divided at the tip into between three and seven lobes. This is an uncommon species with limited distribution, found mostly along the barren slopes surrounding Lake Mead, in Arizona and Nevada, plus a single population in Washington County, southwest Utah.

The yellow flowers, between three and 20, are held some way above the leaves, on branched stalks which are mostly hairless, sometimes long-hairy at the base. Each stalk division is subtended by one or two bracts. Flowers have six petals, up to 1.7 inches long, around a ring of many short yellow stamens and a multi-chambered carpel. 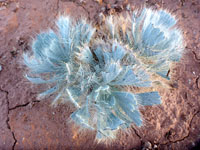 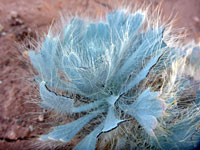