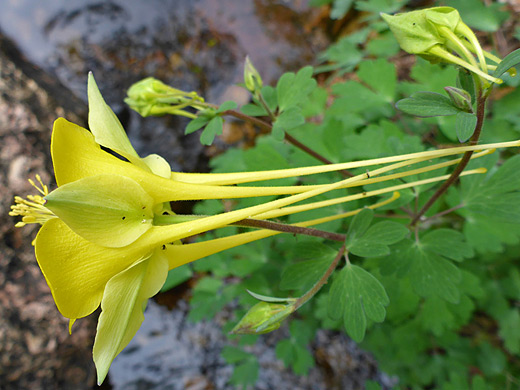 The species name of aquilegia longissima refers to the slender petal spurs, which can be up to 7 inches in length (minimum 3 inches); longer than any other columbine species. Spurs are parallel, straight, and very gradually tapering, ending in a slightly expanded base. Petal blades are spatulate, one inch or more in width; they are narrow and cupped at the base, broad and rounded at the tip. The five sepals between the petals are lighter yellow in color and ovate in shape, held approximately at right angles to the axis. Sepal tips are pointed. At the center of the flower is a group of several dozen yellow stamens around five slightly longer, greenish pistils.

Leaves grow on long stalks, from the base of the plant. They are divided into three non-overlapping leaflets, each completely or partially divided into three segments, themselves ternately lobed. Leaves form a dense clump around the stems, which rise several inches above. This species is found only in far south Arizona, centered on the Baboquivari Mountains, and in the Big Bend region of west Texas. 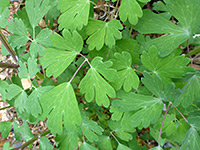 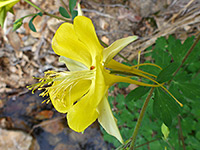 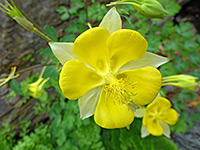 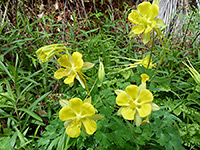