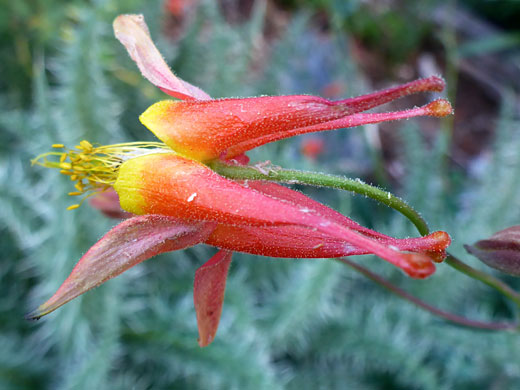 Aquilegia formosa produces distinctive, red and yellow flowers, sometimes several dozen per plant. Blooms are pendent, hanging down from the tip of the stems, and consist of five red, lance-shaped sepals pointing forwards, outwards or slightly recurved, between which, at right angles, are five thin, conical petals, mostly red but yellow at the open end. The far end is closed, and extends backwards as a spur. Many greenish-yellow stamens project from inside the center. The nectar is located at the inner tip of the spurs, and so the flowers attract pollinators such as humming birds. The plant has a wide distribution, from Alaska to Utah, favoring moist, woodland environments. 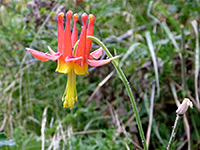 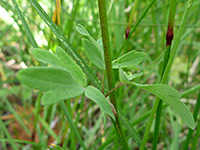 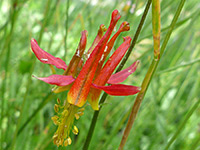 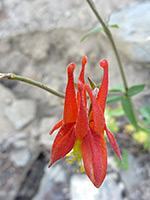 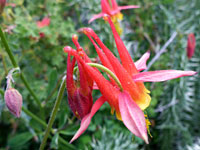 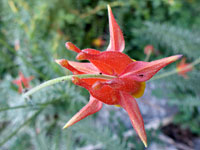 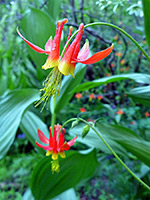 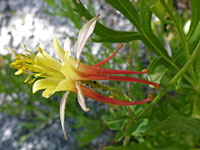 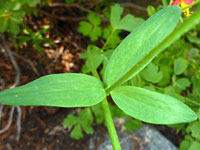 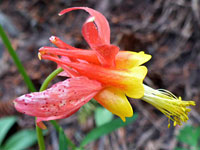 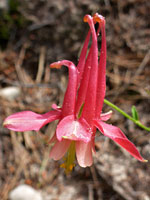