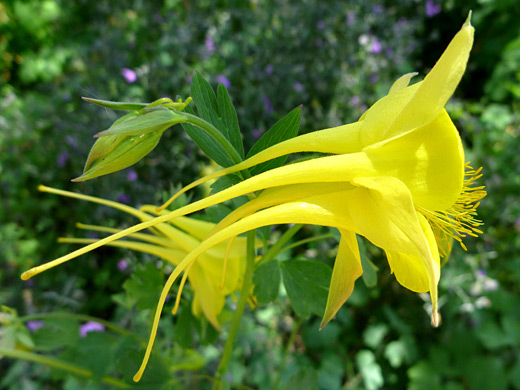 The all-yellow flowers of aquilegia chrysantha are large and showy, formed of five pointed, lance-shaped sepals beneath five rounded petals, hollow at the base, curving down into a narrow, backwards-projecting spur up to 2.5 inches long. Spurs can be parallel to each other or curve away from the axis. Sepals may be paler in color than the petals, sometimes almost white. At the flower center are several dozen stamens and five styles, forming a dense cluster. Flowers grow on long stalks, well away from the central stem. Leaves are large, up to 10 inches in length, divided 2 or 3 times into rounded leaflets. Plants branch freely and can produce dozens of flowers.

This species is found over a wide range of elevation, but a relatively small geographical area, centred on Arizona, from the northwest to the southeast. 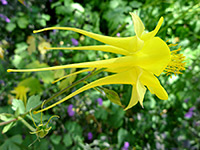 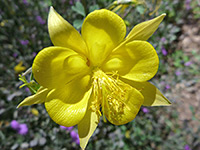 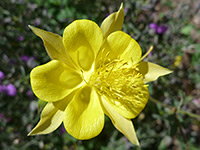 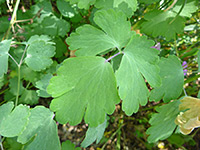 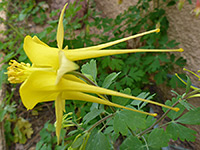 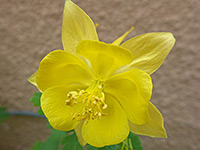 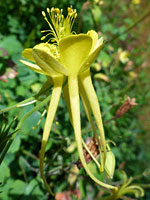 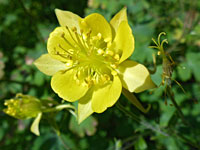 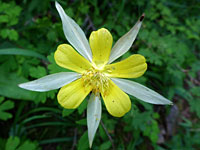 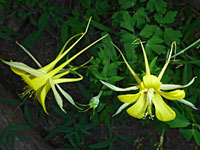