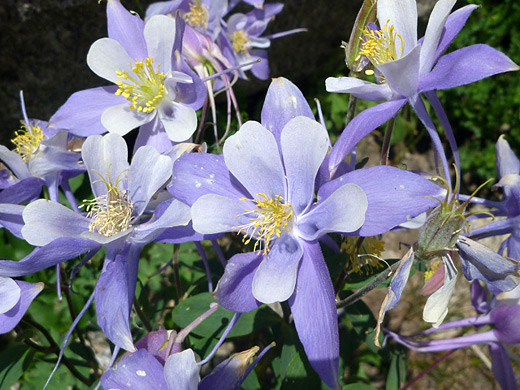 Some flowers of aquilegia caerulea (or aquilegia coerulea) are entirely white, but others have a range of subtle colors including blue, yellow, pink and red, of which light to dark blue is most common. Flowers are large and elegant, consisting of five lance-shaped sepals - the parts more likely to be colored - behind five larger, rounded petals, which extend backwards into a long, thin spur. At the center are many white stamens topped by yellow anthers. Richer and more varied colors are much more common in cultivated varieties; the plant is a popular choice for ornamental gardens. Flowers grow singly or in small clusters, at the end of stalks that have a fine covering of hairs and large, lobed leaves around the base.

Var alpina is an uncommon variant, found in high elevation areas of west Wyoming; it has petals around half an inch long compared with the usual one inch. Three other varieties are var coerulea, the most common form, which has deep blue sepals, and two with pale blue, pinkish or white sepals: var ochroleuca of Utah northwards and var pinetorum of south Utah and Arizona. These latter two are distinguished by the length of the spurs and stamens. 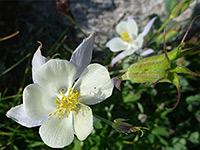 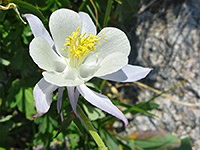 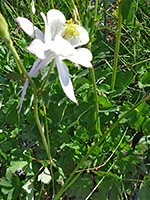 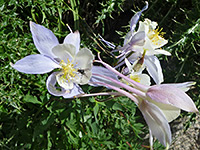 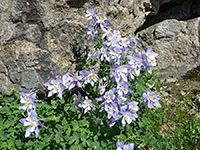 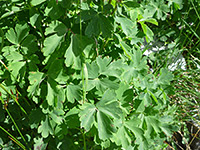 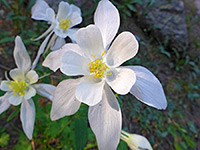 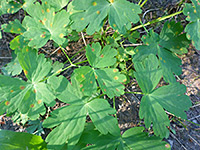 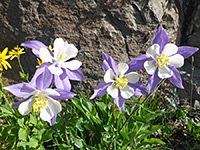 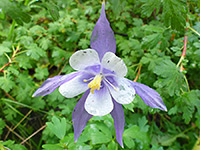 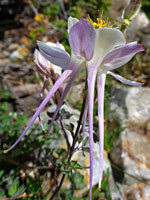 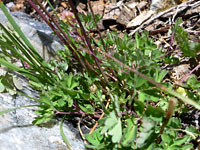 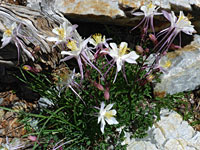 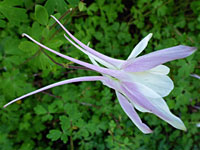 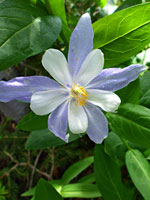