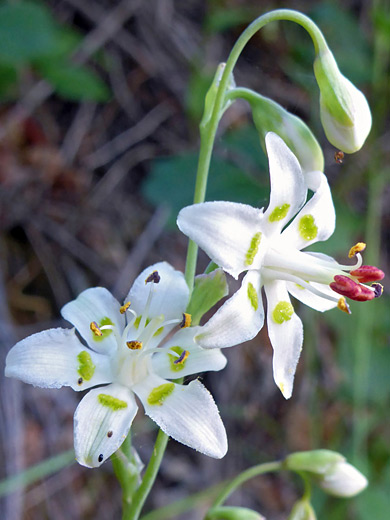 Anticlea vaginata is a rare species endemic to the Colorado Plateau, found in a few sites in northwest Colorado, but mostly in southeast Utah and northeast Arizona; it inhabits shady alcoves and ledges, near springs and seeps. The linear, grass-like, parallel-veined leaves grow mostly at the base, but also along the stem, at wide intervals; stem leaves are much shorter. Stems and leaves are smooth and hairless.

The inflorescence is an elongated cluster, sparingly branched, containing between 15 and 30 flowers, extending up to 12 inches along the stem. The flowers are formed of six white, ovate tepals (three petals and three sepals) which have a yellowish-green, inverse heart-shaped gland towards the base, around a central column of one pistil and six stamens, which have white filaments and red to purple anthers. Flowers are subtended by thin bracts, green or purplish. 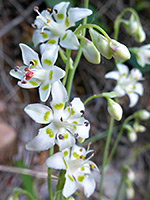 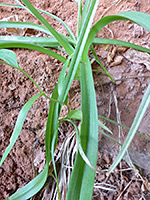 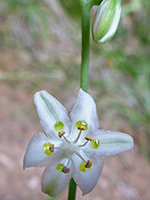 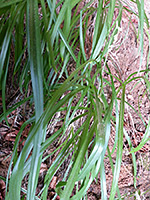 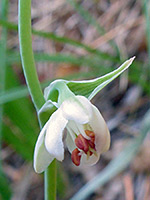 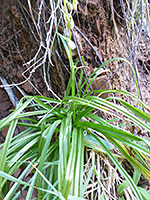 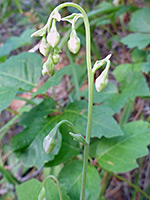 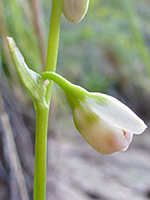