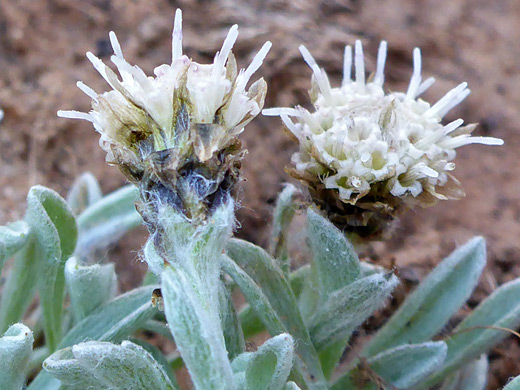 The relatively large flowerheads of antennaria dimorpha are produced singly on top of the short stems; they consist of a hemispherical involucre ringed by untidy-looking, greenish-brown phyllaries, with pointed tips, and around a dozen white disc florets, either staminate or pistillate (on separate plants); the latter have somewhat larger corollas. The involucre has a ring of straggly white hairs at the base.

The thick leaves grow at the base and along the stems; they are narrow, slightly broader above the middle, and, like the stems, have a covering of greyish, tomentose hairs. Leaves are often partly folded up along the midvein.

This species is found over a wide elevation range, in scattered areas of all the western states, with the exception of Arizona. Although low-growing, plants can form extensive mats, making this species quite noticeable. 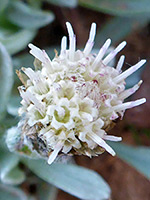 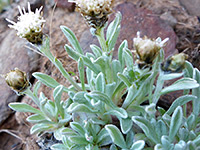