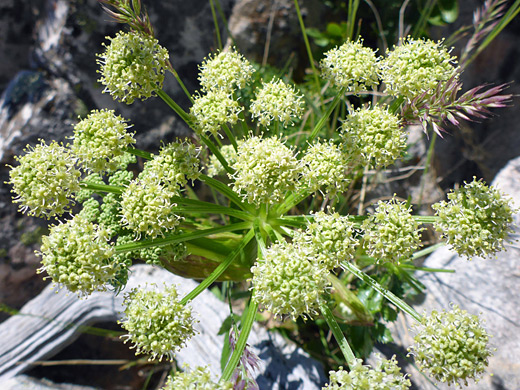 Angelica roseana is locally abundant in some of the mountains of north Utah (the Uintas), Wyoming and Idaho, but is otherwise uncommon. Stems are stout but usually short, little more than one foot high, reflecting the exposed, rocky environments in which the plant is found. Leaves are twice divided, into relatively broad leaflets, lined by large teeth - dentate rather than serrate. The leaflet length is less than half the width, unlike those of the similar angelica pinnata, where the length is more than twice the width. Leaflets have particularly prominent veins. The base of the leaf is enclosed by a wide sheath, crossed by purplish veins.

The inflorescence is a compound umbel of several dozen rays, with each individual cluster subtended by a few narrow bractlets. Flowers are white, often with a rosy pink tint, hence the species name roseana. Fruits are oblong, lined by wings of unequal width. 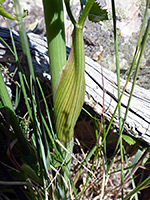 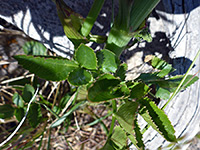 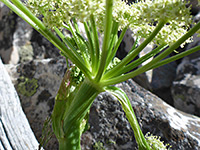 Base of an umbel 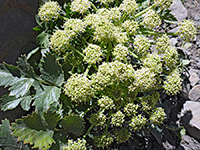 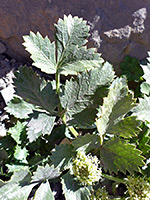 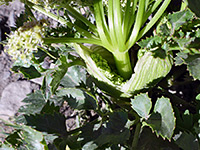 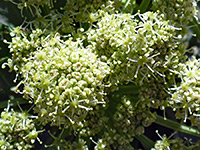