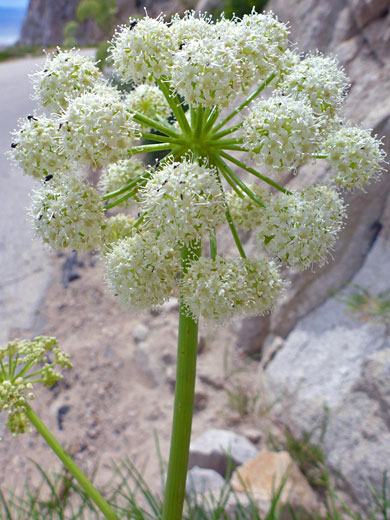 Angelica lineariloba is a common plant of the southern and central Sierra Nevada, its range extending into adjacent mountainous regions of Nevada. It often grows in extensive colonies. The species name refers to its linear leaflets, which distinguish the plant from all other California angelica, as these have ovate or lanceolate leaflets. Petioles have long sheaths, often extending all the way to the blade. Sheaths and lower stems may be purplish.

The inflorescence, which lacks bracts and bractlets, contains between 20 and 40 rays, generally equal in length, in the range 1 to 2.5 inches. Rays and pedicels are not webbed at the base. Individual flower clusters are nearly spherical, quite well-separated from each other, and the rays are held at various angles, giving the overall inflorescence also a near-spherical outline. 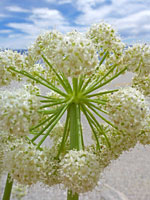 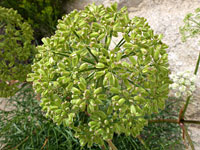 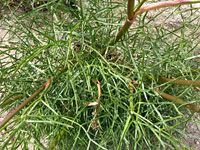 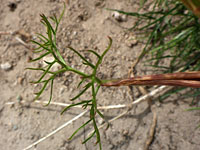 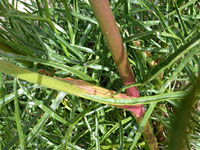 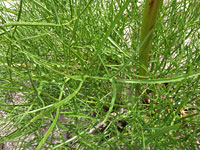