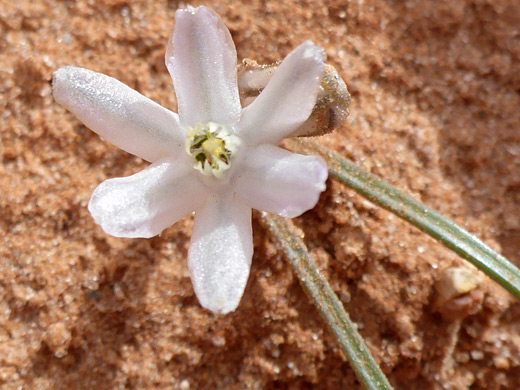 The long, basal, grass-like leaves of androstephium breviflorum typically number one to three, and tend to curve backwards, often touching the ground at their tips. Leaves usually have five veins.

The funnel-shaped flowers have a tubular corolla that opens to six lobes, colored white, with purple lengthwise midveins, most evident on the undersurfaces. The lobes are longer than the tube. At the center are six stamens. The inflorescence is a compact cluster of between 3 and 12 flowers, held on a stalk which is thicker and shorter than the leaves. Three lance-shaped bracts form at the base of the pedicels, often withered before the flowers, which are followed by light green, three-winged seed pods. 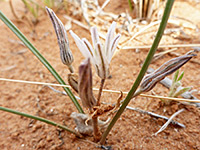 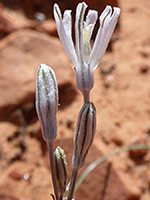