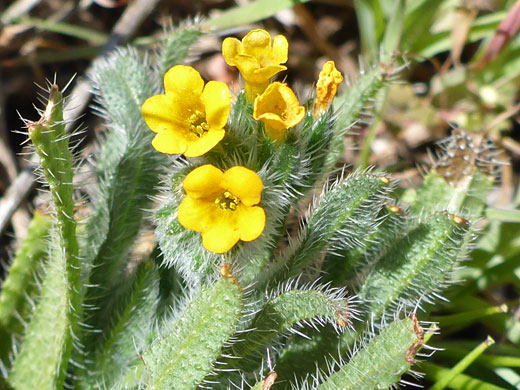 Amsinckia tessellata, in Tubb Canyon, Anza Borrego Desert State Park, California
Like all fiddleneck species, amsinckia tessellata produces small yellow flowers, on a stem which gradually unfurls - mostly straight but coiled at the top - and all green parts of the plant are covered by long, thick, bristly hairs, irritating to the touch. The tubular flowers open to five lobes, often with small orange patches around the inside of the corolla tube. The green calyx underneath has 2 to 4 lobes, fused below the middle, separated by whitish bands. Lobes have a lighter-colored stripe down the middle. Stems have a covering of short hairs in addition to the longer bristles. Leaves tend to curl somewhat, often with wavy edges. Both sides of the leaves are equally hairy. 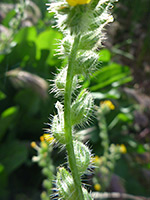 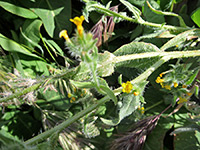 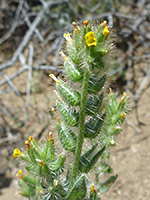 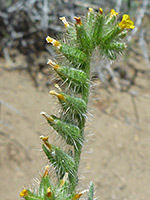 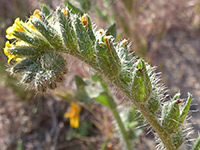 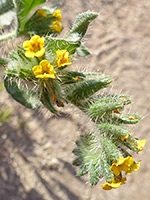 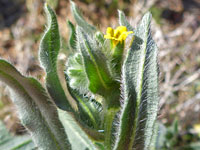 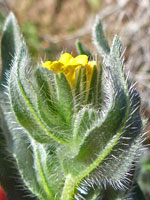 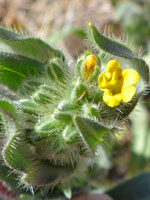 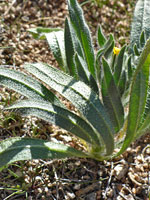 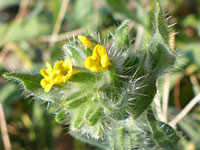 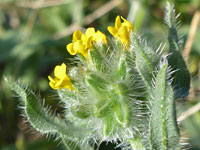 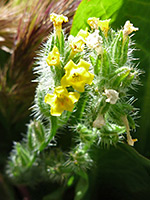 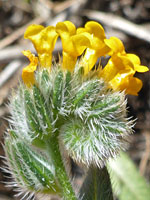 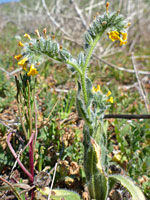