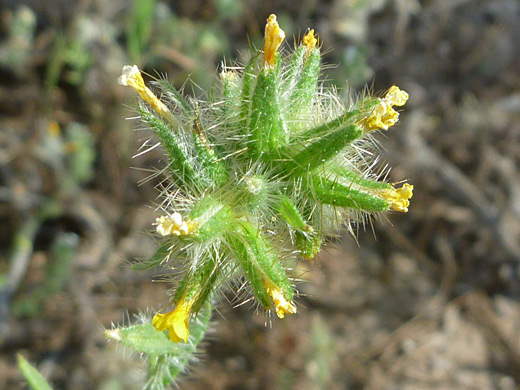 The small flowers of amsinckia intermedia are yellow to orange in color, borne at closely spaced intervals along one side of a straightening stem - in the shape of a fiddleneck - and in a denser cluster at the top. The flower corolla is tubular, opening to five lobes, and less than a quarter of an inch in diameter. Underneath is a bristle-covered calyx, also with five lobes, which are green, separated by white bands, and fused to about half their length. The stems and the narrow green leaves also have a covering of long, bristly, white hairs. Leaves are large around the base of the stem, up to 6 inches in length, but much reduced higher up. 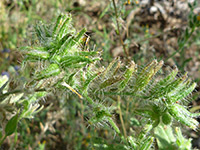 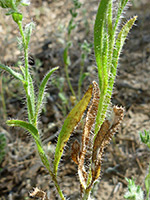 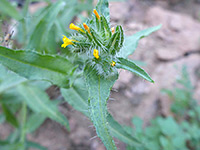 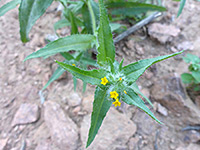 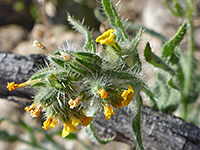 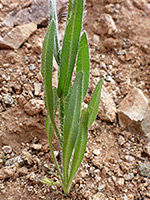 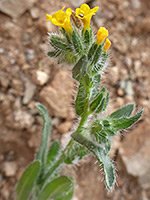