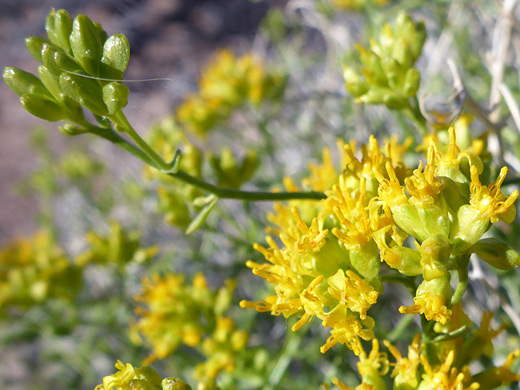 Amphipappus fremontii, the only species in this genus, is a low-growing shrub of the Mojave Desert, characterized by small, clustered flowerheads and densely branched stems. Leaves and young branches may be hairless (var fremontii) or densely covered with very short, stiff hairs (var spinosus); both variants occupy the same regions. Stems are initially light green, becoming greyish-white, leafless and spiny when aged. Leaves are small, attached by short stalks, angle upwards, taper to a point, and have a noticeable midvein.

Flowerheads form in several compact clusters of two to four, these forming a small, flat-topped array. The yellow heads are formed of one or two short ray florets (sometimes these are absent) around between three and seven staminate disc florets, while beneath are between seven and 12 ovate, pale green phyllaries, in three rows. 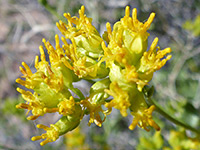 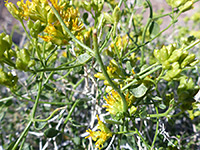