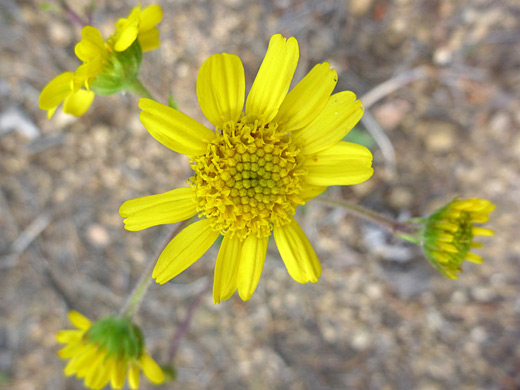 The yellow flowers of amauriopsis dissecta have between 15 and 20 ray florets, notched at the tip and about a third of inch in length, around a slightly wider center of around 100 disc florets. The rays overlap slightly, but become more spaced when mature. Phyllaries are lanceolate, pointed, often reddish at the tips and edges, while the stems are also usually red or brown, and covered with short hairs. The divided ('dissected'), petiolate leaves grow around the base and at intervals along the stem (lower half), which branches several times towards the top. The leafless upper ends of the stems often curve, and point downwards. 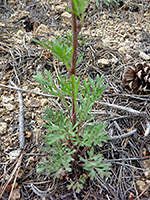 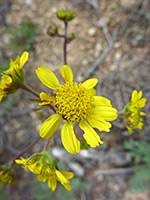