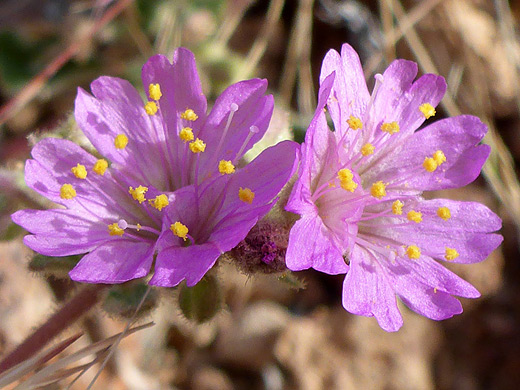 Allionia incarnata is an easily-recognized species that produces long stalks growing along the ground, with bright pink flowers at intervals, amongst larger green leaves. What appears to be a single flower is actually a cluster of three, each with three petals, split at the ends, so the overall appearance is of a flower with 18 petals. Stamens are reddish-pink, topped with small, spherical yellow anthers. Leaves are often reddish at the edge, and tend to have wavy margins. The plant favors sunny, semi-desert locations, ranging between south California and Texas. 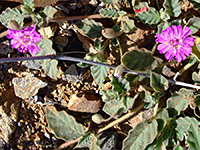 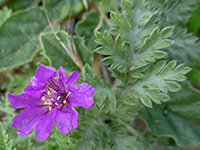 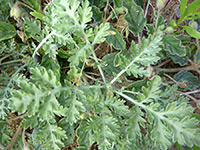 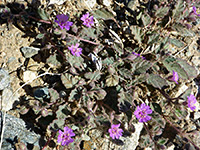 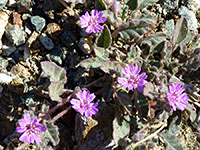 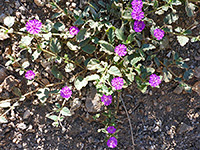 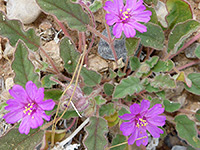 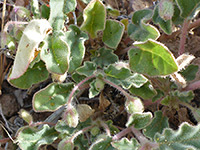 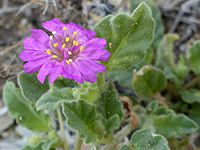 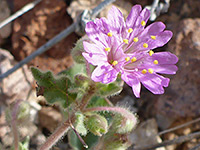 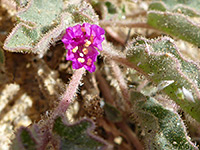 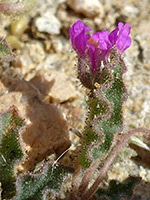