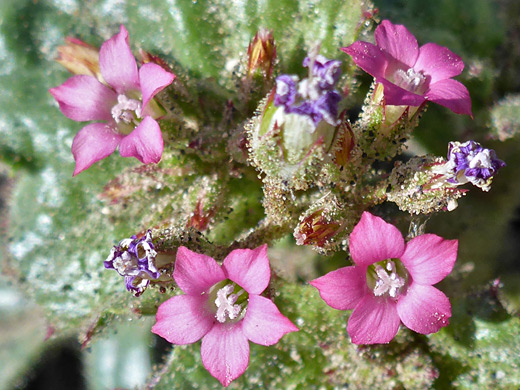 Four open flowers; aliciella latifolia, Grapevine Springs, Death Valley National Park, California
Many gilia species look similar, but aliciella latifolia is easily recognizable on account of its large leaves; these are broadly ovate to almost round, lined with sharp, reddish teeth at quite widely-spaced intervals. Leaves are moderately to densely glandular hairy, especially underneath. Leaves grow mostly at the base, usually forming a rosette, and are attached by short stalks; stem leaves are few in number, and much reduced in size. Stems also have a covering of glandular hairs, and they branch a few times.

The green calyces are divided to about half their length, the five lobes topped with reddish, needle-like spines. The flower corolla has a white tube, opening to five pink, spreading lobes, lighter in color underneath. At the center are five stamens, attached at the base of the throat; one is somewhat longer than the other four. Fruits are green, egg-shaped pods, containing many reddish seeds.

Most plants are ssp latifolia; the much less common ssp imperialis is restricted to a few locations in southeast Utah. This latter variety has a later flowering season, smaller fruits, more branched flower clusters, a shorter calyx, and proportionally shorter calyx lobes. 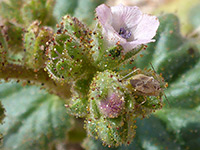 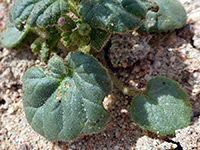 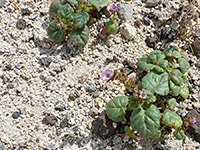 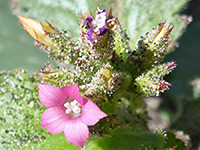 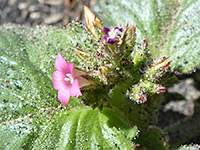 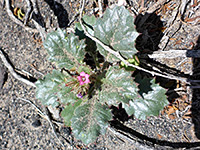 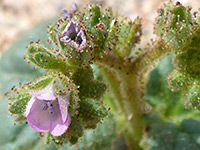 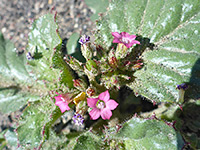 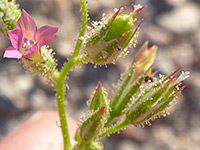 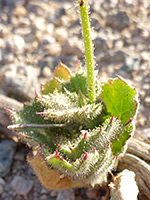