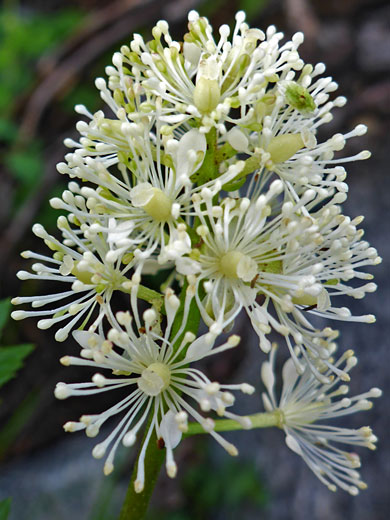 Actaea rubra is a common and widespread species, often found in mountainous regions of the West, in particular the Sierra Nevada and the Rocky Mountains, but also in lowland areas, such as around San Francisco Bay and the along the coast of northern California.

The inflorescence is a compact, slightly elongated cluster, approximately pyramidal in outline, containing up to 25 creamy-white flowers attached by short pedicels, spreading or slightly ascending. Pedicels lengthen during the fruiting stage, up to 1.3 inches. Pedicels have one or two tiny bracteoles at the base. Flowers are formed of three to five sepals, four to ten narrow white petals (widest towards the tip), up to 50 stamens, and one unbranched pistil. Fruits are green berries, ageing to red or white.

Stems may branch a few times, above the middle. Leaves (one to four per plant) are ternately divided two or three times into sharp-toothed leaflets. Stems usually have a sparse covering of short hairs; leaves are glabrous. 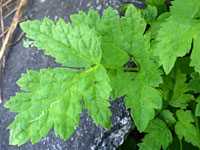 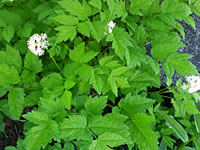 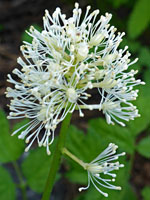