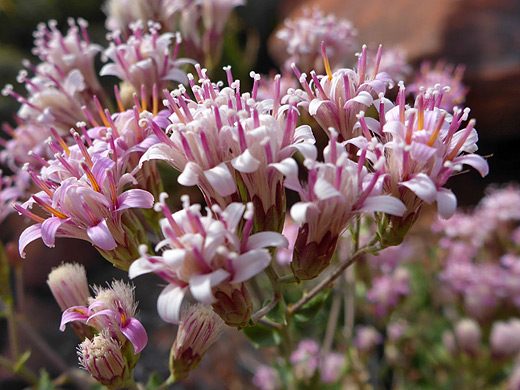 Acourtia wrightii is one of the many asteraceae species that produce flowers that have only disc florets, no rays. Flowerheads have between 8 and 12 florets, pink to pale purple in color, each consisting of a three-lobed lower lip, a two-lobed upper lip, and a branched, exserted style, which is joined lower down to the stamens. Below the flowers is a bell-shaped involucre ringed by three rows of phyllaries, often purple at the tip. The margins of the phyllaries are lined by fine glandular hairs. Heads form a flat-topped cluster (corymb), at the top of the leafy stems; this is a relatively large, shrub-like plant, inhabiting arid regions of the Southwest. 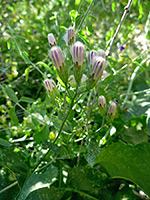 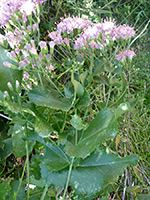 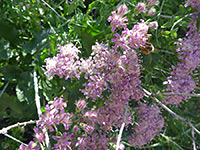 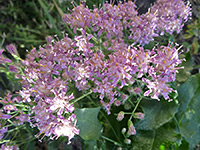 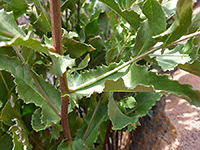 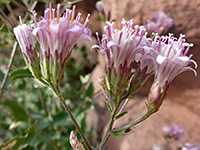