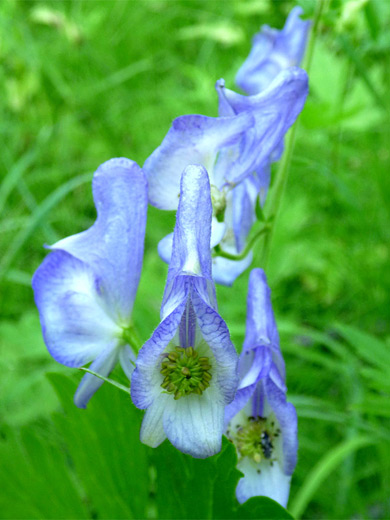 The color of the hood-shaped flowers of aconitum columbianum varies from light blue to dark purple, or much less often, yellow or white. The most visible part of the flower is formed by five sepals; the uppermost (the hood) arches upwards, away from the two at the side, while the lower two are narrower. The five inner petals are much smaller, hidden by the sepals. At the center is a group of short, greenish stamens.

The branched stalks are lightly hairy and have a few small, three-segment leaves, while the lower leaves are much larger, and multi-lobed (usually three or five). Plants grow large under favorable conditions, reaching heights of six feet or more. They are poisonous to both people and animals.

There are two subspecies. Ssp viviparum of the coastal mountains in Oregon and far north California is distinguished by the presence of small bulbs at the leaf nodes; the much more widespread ssp columbianum lacks these structures. 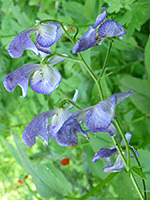 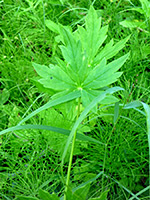 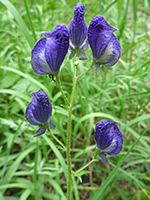 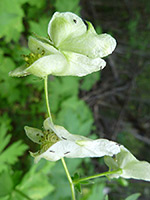 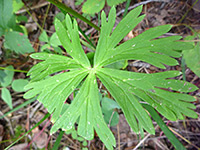 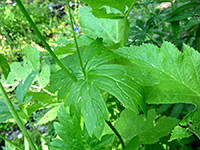 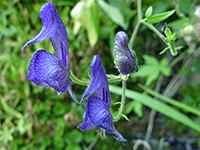 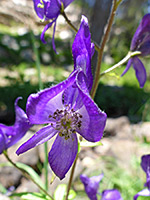 Center of a flower 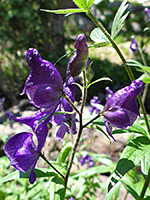 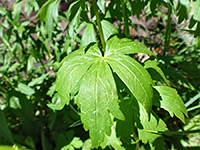 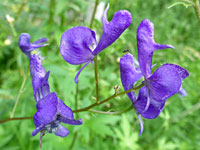 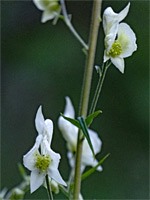