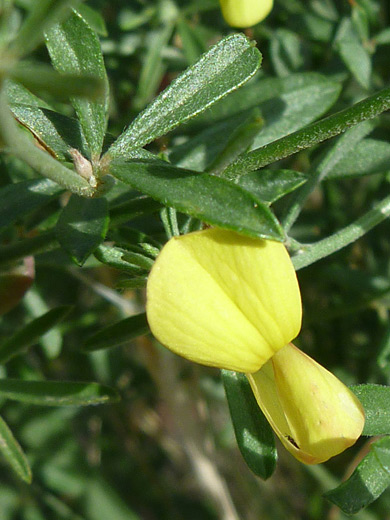 One identifying feature of acmispon wrightii are the leaflets, which are rather narrower than some similar species. Leaves, stems and bracts have a light covering of very short, rough hairs. The dark green leaves are stalkless, growing directly from the slender, branched stems. Like other members of this genus, the five-petaled flowers are yellow at first, becoming orange, pinkish or red as they mature. They are borne at the tip of the stem and at the leaf nodes, either singly or in small groups. Flowers are half an inch in length. Plants can form clumps several feet across, the stems growing upright or reclining. Fruits are small brown pods, one inch long. 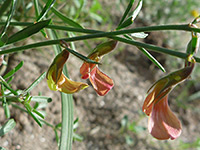 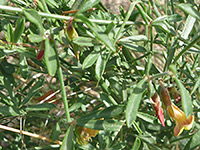