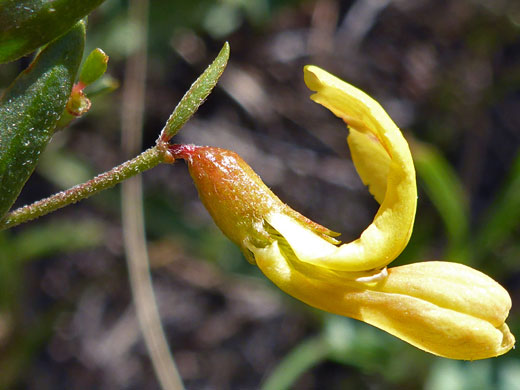 Acmispon utahensis is mainly found on the Colorado Plateau of south Utah and north Arizona, extending westwards into the Great Basin and the Mojave Desert of southern Nevada. Plants produce several stems, ascending to erect, around one foot tall, often branching a few times, and, like the leaves and calyces, are sparsely covered by short, appressed, strigose hairs. The palmate leaflets are relatively long and narrow, and stalkless, with tiny, gland-like stipules at the base.

Flowers are usually single or paired, occasionally a cluster of three; they have a reddish or green calyx, up to 0.3 inches in length, for which the tube is longer than the teeth, and a yellow to orange corolla about twice as long. The banner petal is strongly recurved, and much broader than the wings. Fruits are straight, linear, sparsely hairy pods, up to 1.5 inches long. 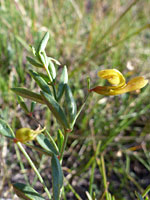 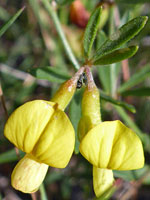 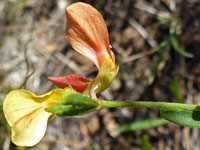