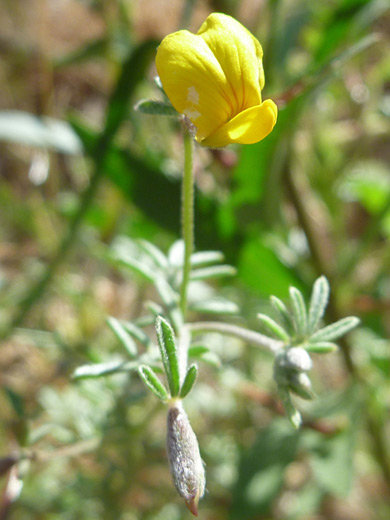 Yellow flower of acmispon strigosus, in Tubb Canyon, Anza Borrego Desert State Park, California
Calyces, leaves and stems of acmispon strigosus have a sparse covering of short hairs, lying flat against the surface. Leaves are pinnately divided into four to nine small but relatively thick leaflets, slightly more than some similar species in this genus. Leaf axes are flat; all leaflets are in the same plane. Leaves have gland-like stipules at the base.

The yellow flowers have the familiar wide, rounded banner petal at the top, with a few red stripes in at the base, two wing petals at the side and two smaller keel petals below, mostly hidden by the wings. Petals turn orange then red as they mature. Flowers are quite small, about a third of an inch across - twice the length of the corolla tube. Stems and leaf tips/edges may also be reddish. Flowers are produced singly or (less often) in pairs. The branched stems grow mostly along the ground. 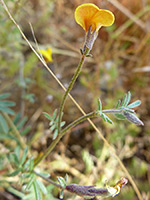 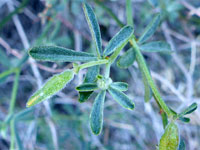 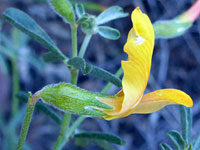 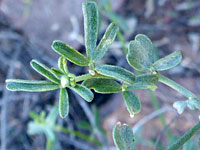