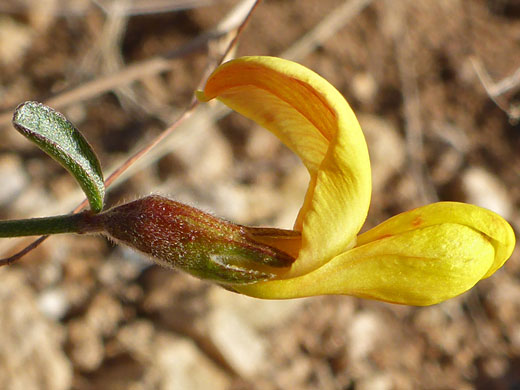 Yellow flower of acmispon rigidus, Tortolita Mountains, Arizona
The range of acmispon rigidus (formerly lotus rigidus), a shrub-like plant, extends from Death Valley and the western Mojave Desert across to southwest New Mexico. There are several similar lotus species in the Southwest, but this is the most likely to be found in desert areas.

Stems and leaves are lightly strigose, covered by short, bristly hairs, lying against the surface. Leaves (usually palmate, with three or four leaflets) are relatively small, and sparsely distributed along the stems. Calyces are also hairy, somewhat shiny, and initially colored green, becoming reddish from the base later in the season. The yellow flowers also age to red, and form in small clusters; one to three per stalk. They have a backward curving banner petal, and two wing petals enclosing the smaller keel petals. Flowers are between 1/4 and 3/4 of an inch in length. 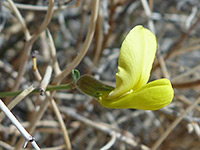 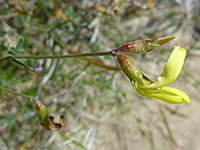 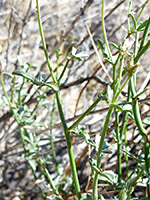 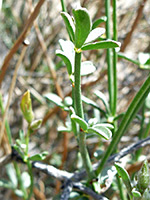 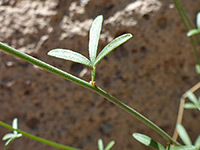 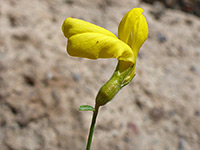 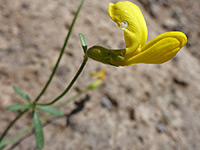 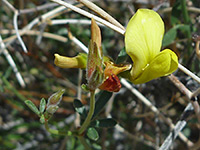 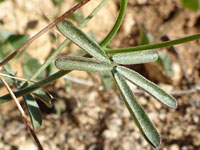 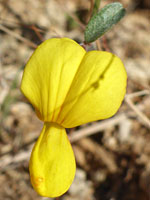