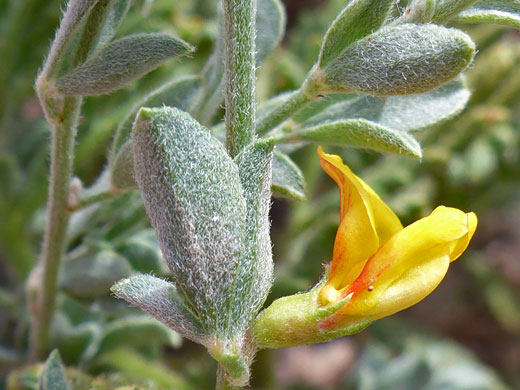 Acmispon procumbens occurs only in California, in the southern Sierra Nevada and other mountains further south. The common name, silky deerweed, refers to the long, soft, strigose hairs that cover the stems, leaves and calyces, giving them a greyish appearance. Stems branch freely, reaching heights of up to 3 feet. Leaves are divided into three leaflets, each attached by very short stalks, generally not quite coinciding at the same point. Leaves have gland-like stipules at the base.

Flowers are produced singly or in groups of two or three, and are essentially stalkless. The yellow corolla often have patches of red or orange, becoming more prominent as they wither. The wing petals are longer than the keel, and approximately equal to the banner. Fruits are hairy, pendent pods, up to 0.6 inches long. 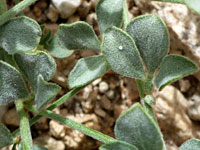 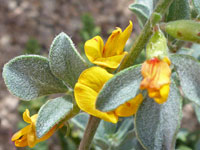 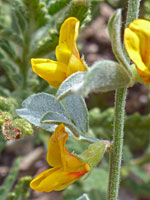 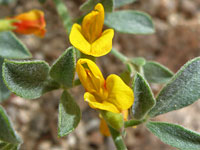 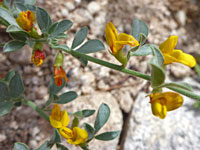