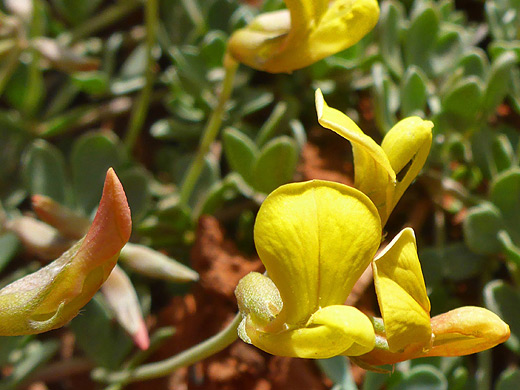 Acmispon mearnsii is a relatively uncommon species, found only in the northern half of Arizona. Plants are prostrate, the branched stems running along the ground, with clusters of leaves at intervals. The leaves typically have five leaflets, which appear greyish-green due to a covering of appressed hairs; two leaflets are opposite, near the base of the leaf stalk while the other three are palmately arranged at the tip. Leaflets may be slightly folded up along the axis.

Flowers are borne on a pedicel several inches long; usually in a group of three. Flowers have a sharply lobed calyx, reddish at the base, otherwise greenish yellow, and also covered with short hairs, Flowers are reddish orange in bud, yellow when open, then red again when withered. The banner petal is recurved, sometimes by more than 90 degrees. 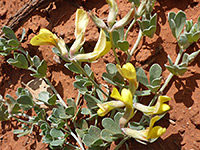 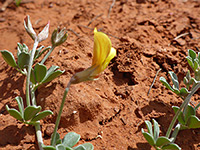 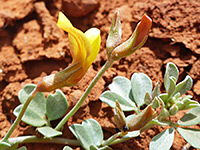 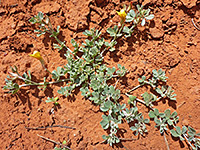