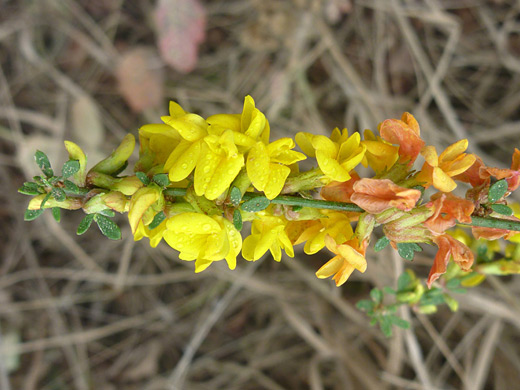 Upper stem of acmispon glaber, Point Reyes National Seashore, California
Stems of acmispon glaber usually point upwards but can grow along the ground, forming mats, a form more common in coastal areas. They become woody with age though tend to remain green in color rather than brown. Leaves are small, growing at quite widely-spaced intervals, and pinnately divided; usually with three leaflets on the top half of the stem, up to six towards the base. Flowers form in groups of two to seven along the upper stem, and are essentially stalkless (sessile). They are bright yellow at first, becoming orange then red as they age and wither. Flowers are supported by a greenish, five lobed calyx, not hairy, with the lobes not pointing outwards.

Var brevialatus, found in inland areas and east towards the Sonoran Desert, has a more prominent keel petal, wider then the wing petals, while var glaber is a coastal (and adjoining hills) variety, with a less prominent keel about equal in width to the wings. 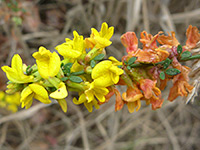 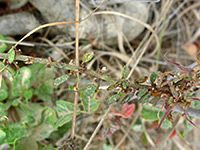 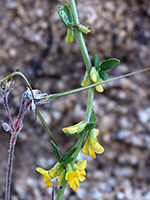 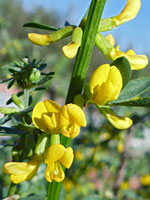 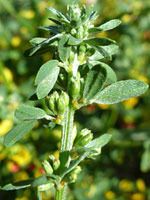 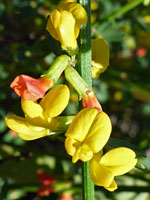 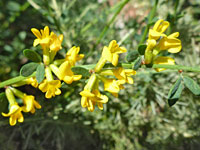 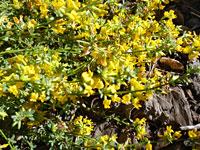 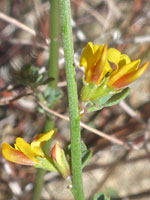 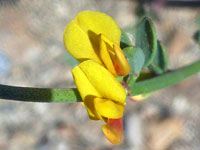