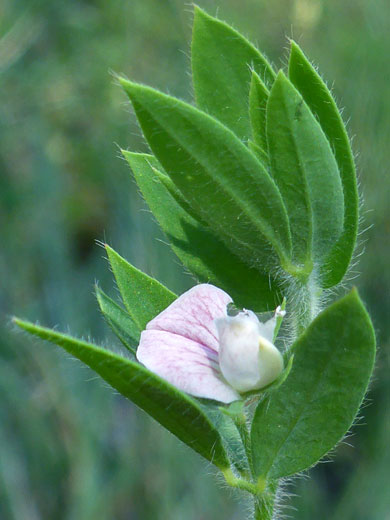 Acmispon americanus (spanish clover), Pomeroy Tanks, Sycamore Canyon, Arizona
Acmispon americanus is most widespread across southern and central California, its range extending north into Canada and east to Arizona, with separate populations across the Great Plains.

Leaves are sometimes simple but usually trifoliate, the leaflets slightly folded up along the axis, and covered by relatively long hairs (especially underneath), as are the stems, though older stems tend to become glabrous. Leaves have gland-like stipules at the base.

Flowers are solitary, from the upper leaf nodes, attached by hairy pedicels around half an inch long. Petals are generally white, often with yellow or pink tints. The wing and keel petals are similar in size, while the larger banner petal, held at about 90 degrees is larger, and crossed by darker veins. Pods are up to 1.3 inches long, containing between four and eight seeds. 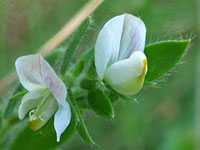 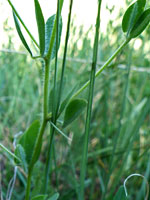 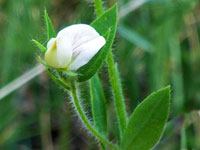