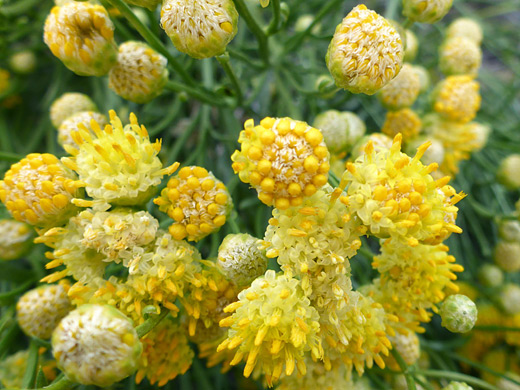 Acamptopappus sphaerocephalus, only of two species in this genus, inhabits desert areas of California, Nevada and south Arizona, plus some regions further north, along the Colorado River corridor. Flowerheads have no ray florets, only disc florets, numbering between 13 and 27, and are produced in large numbers, in open, flat-topped clusters. Florets have five pale yellow lobes, centered on a fused column of style and anthers. The globe-shaped involucre is about a third of an inch wide, ringed by several rows of small, ovate phyllaries, mostly colored light green but yellowish towards the base.

Stems branch profusely, growing upwards or at an angle. Young stems are pale green in color, while older stems become woody, with greyish, shredding bark. Leaves are simple, short and narrow, angled upwards at opposite intervals. 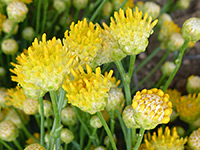 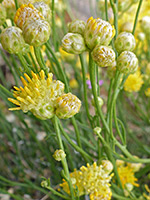 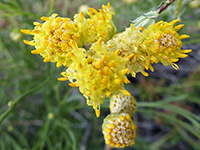