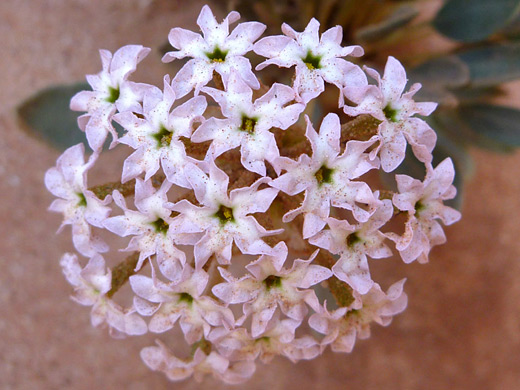 Like all members of this genus, abronia nana produces compact, spherical flower clusters containing from six to several dozen heads. Individual flowers are about a quarter of an inch in diameter, nearly white to pale pink in color, with five lobes, each divided at the upper end to about half their length. Lobes have irregular edges. The flower cluster is subtended by a ring of thin bracts, oval- or lance-shaped, about a third of an inch in length. Plants have no stem; the petiolate leaves and the flower stalks grow from the base. Leaf surfaces and flower stems may be smooth, or lightly glandular-hairy.

This species is quite changeable across its range, but only two varieties are recognized, the widespread var nana and the less common var covillei (found in the Mojave Desert of California and Nevada), distinguished by subtle differences in the shape of the leaves and the bracts. 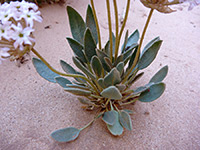 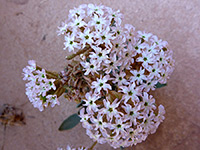 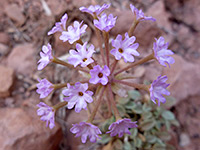 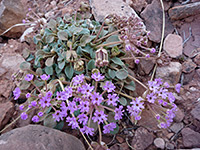 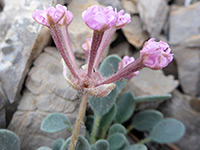 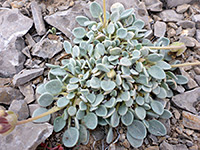 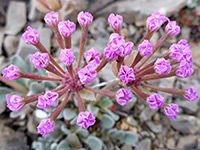 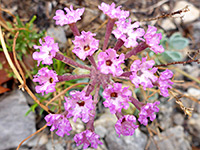