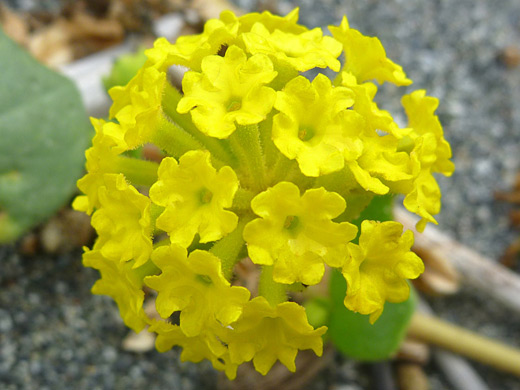 Most members of this genus have pink or purple flowers but those of abronia latifolia are bright yellow, and the plant is easily recognizable in its coastal habitats of scrubland and sand dunes. Stems grow along the ground, branching readily, though the main stem is by far the longest, up to 6 feet. Leaves are succulent-like, in common with many other coastal plants, about as long as wide, and grow on short, thick stalks.

The neat, spherical inflorescence contains between 17 and 34 flowers, subtended by a ring of ovate bracts (between 5 and 10). Flowers consist of a thin, tubular, greenish-yellow corolla, half an inch long, opening to five yellow lobes, each notched at the tip, giving the appearance of ten lobes. The diameter is about half the tube length. The stems, the bracts, the leaves and the outside of the corolla have a covering of very fine, glandular hairs. 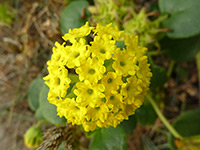 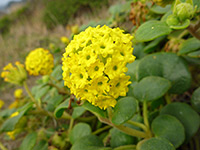 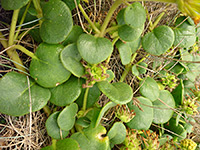 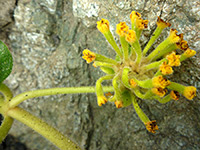 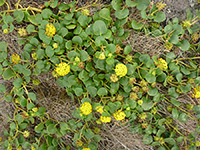