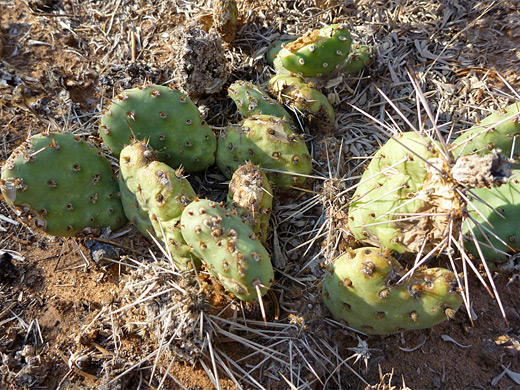 The brittle prickly pear, opuntia fragilis, is named for the loose connection of its pads - these are easily detached by passing animals, which helps in propagation, given that flowering occurs infrequently. The plant has a rather untidy, unremarkable appearance, with small pads, growing close to the ground, often partly covered by soil or leaf debris. Stem segments are rarely more than 2 inches in length, and are noticeably thicker than other species, often cylindrical or potato-shaped. They have a sparse covering of darker-tipped, grey or brownish spines, concentrated at the upper edge of the pads; the longest spine is about one inch. Spines number between 3 and 8 per areole.

The plant has a wider geographical range than any other US cactus, extending far into Canada, where the thick pads and low growth form enable it to withstand temperatures as low as -40°F. 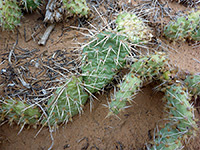 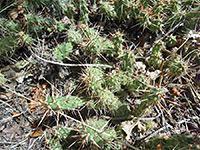