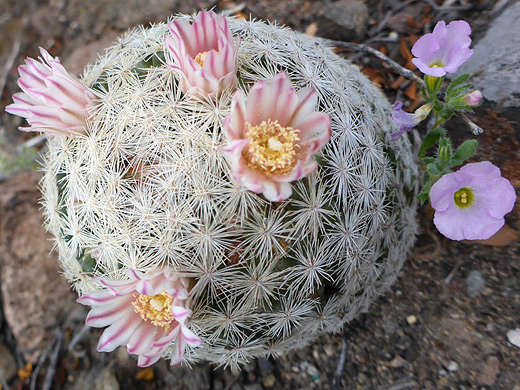 Mammillaria lasiacantha has no central spines, only numerous short, white or pale pink radial spines, usually numbering 40 to 60 per areole, sometimes up to 90 - rather more than the somewhat similar epithelantha micromeris, which inhabits the same range. The very tips of the spines are often darker in color. Tubercles are spherical, not pronounced, and arranged in vertical, slightly curving rows. Spine clusters overlap to about half their length. Spines of young plants are less numerous, and noticably feathery in appearance.

Flowers grow from between the tubercles in a ring a little way below the tip; they have a pale yellow stigma (divided into 4 or 5 lobes), darker yellow stamens and cream or white petals, marked with pink midstripes. This species is amongst the first cacti to bloom in the Chihuahuan Desert, starting in February. Fruits are red when ripe, club-shaped or cylindrical in shape, and appear between June and August. 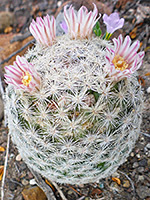 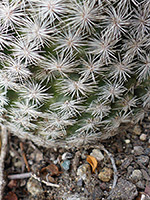 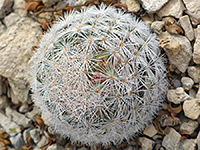 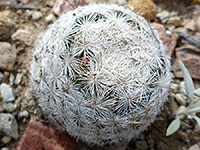