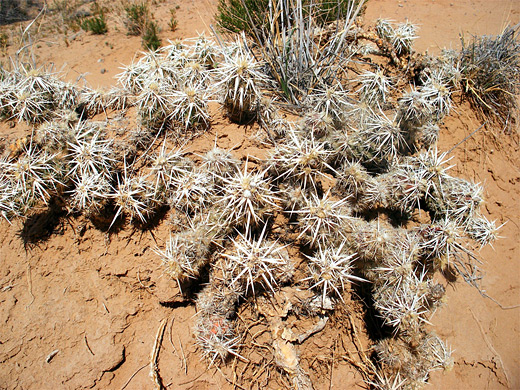 Grusonia clavata is one of several similar cacti known as club cholla, or devil cholla, since they are extremely spiny, and have club-shaped stems (narrow at the base) with distinct tubercles, though these are often largely obscured in this species by the thick, white, flattened spines (7 to 15 per areole). The longest (just over one inch) is strongly tapered. Stems are short, and grow along the ground, forming great colonies that may completely cover the land for many feet, often mingled with grass or bushes.