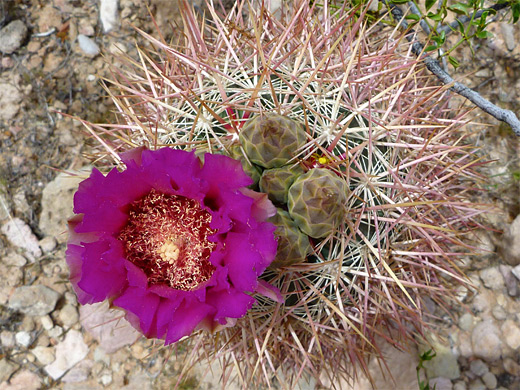 Spines of echinomastus johnsonii can be reddish, orange or grey in color and are arranged along vertical ribs (18 to 21) which spiral slightly up the plant. Ribs form raised tubercles about one inch apart, between the spine clusters, which contain from 4 to 9 central spines and 9 or 16 radials. Radial spines are somewhat narrower and shorter, and straight; the central spines curve slightly. Bright magenta flowers, up to 2.5 inches wide, are produced in spring (March to May). Western populations tend to have yellow flowers, and are sometimes considered to be a distinct variety (var lutescens). Petals have flat or rounded tips, not pointed. The cylindrical stems reach a height of 10 inches and are usually single though may form offsets. This species is one of the largest of the pineapple cacti. 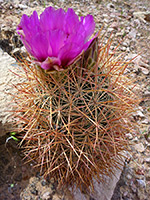 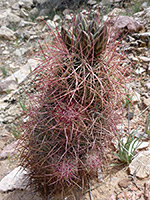 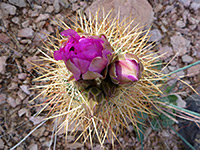 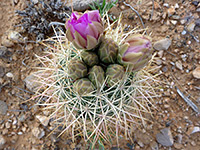 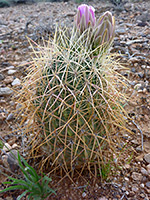 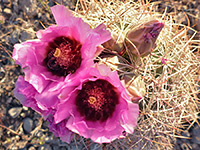