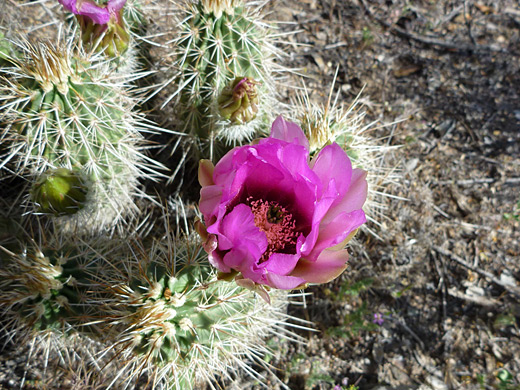 Like the arboretum where this relatively rare variety of hedgehog cactus may be viewed, echinocereus boyce-thompsonii is named after engineer and botanical researcher William Boyce Thompson (1869-1930). The plant was once classed as a variant of echinocereus fasciculatus but is now considered a separate species; the main differences are that the central spine is longer, up to 4 inches, and lighter in color (yellowish-brown); also the flower buds are more green, less brown. Both species have relatively light spination, not obscuring the green stems. 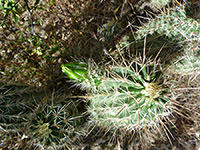 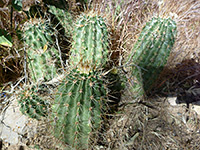