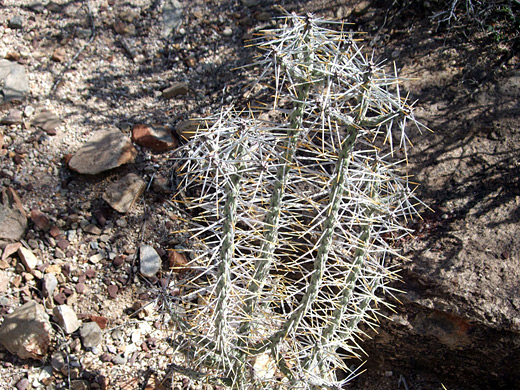 The long, white, yellow/brown-tipped spines of cylindropuntia ramosissima stand out at right angles from the stems to create a neat, symmetric, colorful plant, up to six feet tall in favoured locations but generally rather shorter. The greenish grey stems are around a third of an inch in diameter, and the overall appearance is similar to other pencil cholla species in the same region (Christmas and Arizona pencil), but the main identifying feature is the distinctive pattern of the diamond-shaped tubercles - branches of other cholla have a smooth surface. Spines are usually single, growing from the center of the tubercles, but they may be absent in some specimens, or grow only around the uppermost part of the stems.

The yellowish flowers are followed by especially spiny fruits, green at first becoming brown when dry, and remaining on the plant until the fall. The plant inhabits the hottest regions of the Sonoran Desert, either side of the lower Colorado River. 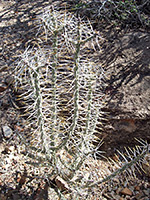 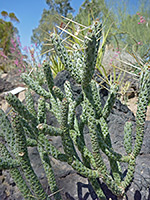 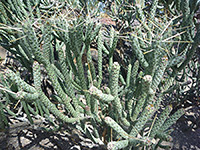 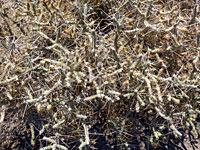