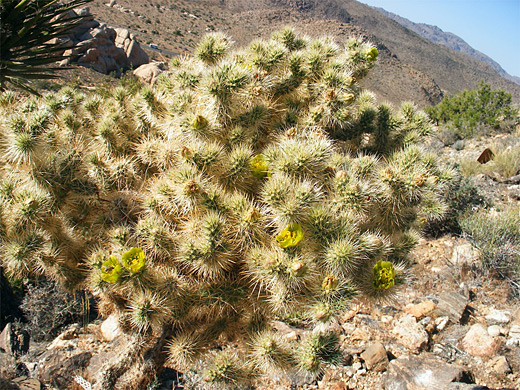 Like other cholla from the hot deserts of Arizona and California, the green stems of cylindropuntia echinocarpa are covered by a very dense mass of sharp, easily-detached spines, here silver or golden in color, and the plant forms large clumps several feet high, centered on a short, thick trunk. Segments are at most 6 inches long and have quite pronounced, elongated tubercles (their length about twice the width), each bearing around 25 spines - in the range 20 to 30. Branches are spreading rather than ascending. Greenish yellow flowers are produced in spring (between March and June), followed by greenish brown fruits which are very spiny and also have large tubercles.

The species resembles cylindropuntia bigelovii (teddy bear cholla), but that has spines of more equal length, less obvious tubercles, and more easily detached segments. Spines of the silver cholla are variable in length, with one noticeably longer than the rest (up to 1.2 inches). Another similar plant is cylindropuntia whipplei (whipple cholla), but this is found over a different area, further east and north. 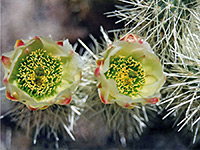 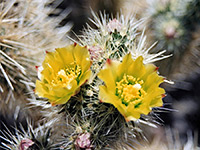 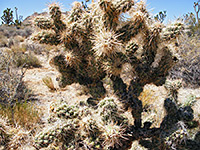 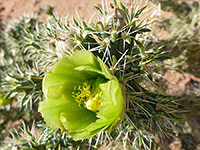 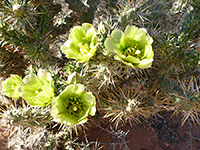 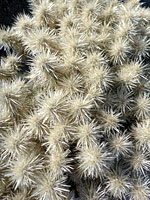