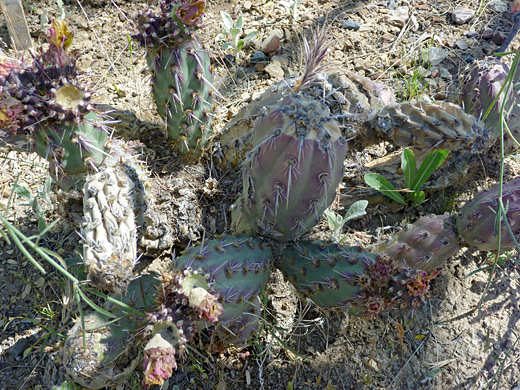 California cholla has limited distribution in the US, restricted to the coastal bluffs and hills around San Diego, but is more common further south in Baja California. Unlike the more widespread cholla from the desert regions of Arizona and California, this species has a relatively light covering of spines, allowing the dull green color of the thick, cylindrical stems to be clearly visible. Spines grow from distinct tubercles arranged in rows; they are less than an inch long, quite thin, usually between 6 and 13 per areole. Two varieties are recognized: californica and parkeri. 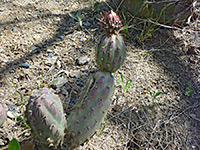