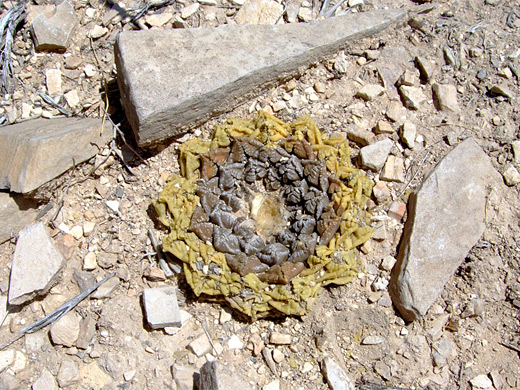 Ariocarpus fissuratus is the only US representative of a small genus of spineless cacti that grow close to the ground, with the greater part of the plant below the surface, above a thick taproot. Plants have a rosette arrangement of wrinkled, triangular tubercles, colored brown, gray or green. During dry periods the stems shrink and become even less visible, merging with the ground, hence the common name of living rock cactus. The fissuratus species inhabits arid, rocky, low elevation regions of the Chihuahuan Desert and is slow growing, but eventually, after several decades, becomes around 5 inches in diameter.

Brightly colored flowers emerge from a woolly mass at the top of the plant in fall or early winter, the only time when the cactus is easy to locate. The stem is grey, green or brown in color, becoming partly yellow with age. 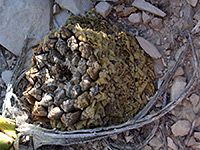 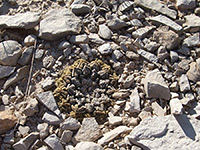 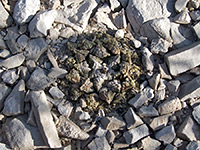