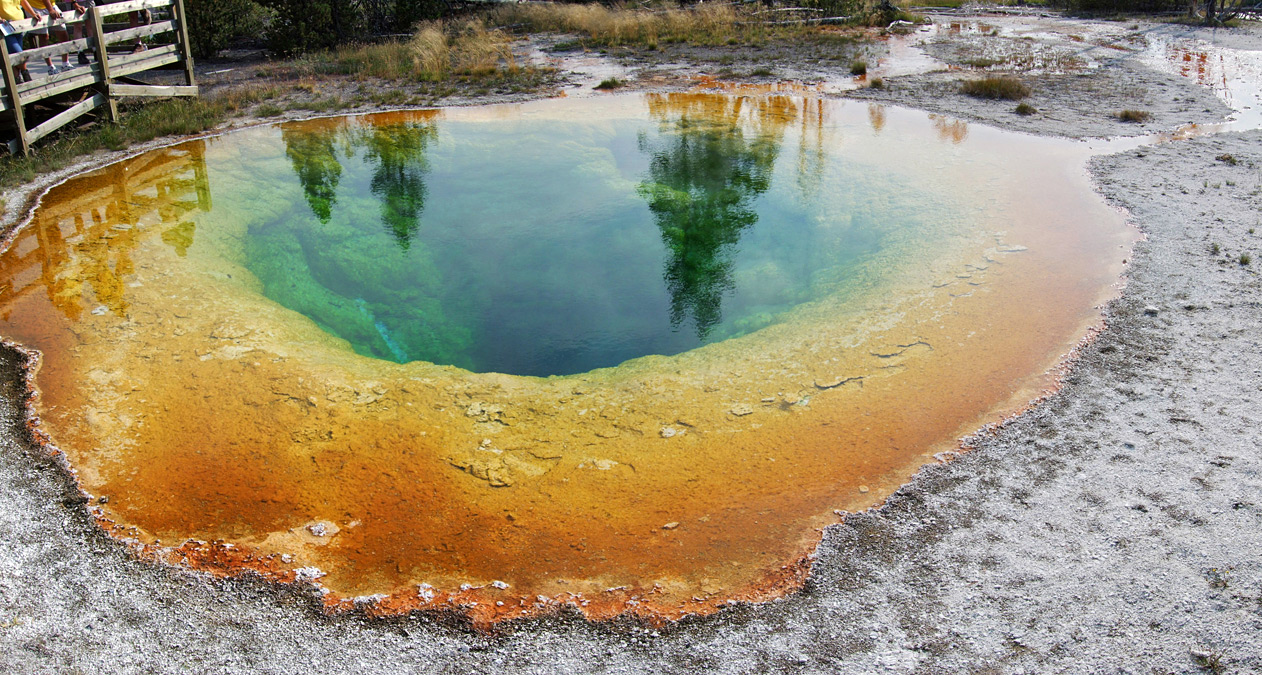 1.6 miles north of Old Faithful, Morning Glory Pool is undoubtedly one of the highlights of the Upper Geyser Basin despite being less beautiful than it once was, since large amounts of rocks and trash have been thrown into the pool by thoughtless visitors, significantly reducing the water temperature. The pool used to be filled by rich blue water, with a narrow ring of orange-yellow bacteria only around the edge; now the water is more greenish and the algae band is much wider. The pool is 20 feet in diameter, 23 feet deep, round and symmetric, with a conical vent at the center, and may be viewed from a raised boardwalk that extends along nearly half its circumference. The spring drains westwards into the Firehole River, 100 feet away. It was named in 1883 for its resemblance in color and shape to the morning glory flower.

Morning Glory Pool lies at the north end of the most concentrated band of thermal features in the Upper Geyser Basin, and at the end of the paved section of the trail, though the path continues another 0.8 miles to the highway near Biscuit Basin, passing a dozen or so more dispersed springs. These are perhaps best seen by a separate hike starting at the highway; the usual Upper Geyser Basin Loop turns around here, back south past the junction near Grotto Fountain Geyser then west at the next junction, along a short loop past the small Daisy Group of geysers, for which the first in view is Comet Geyser.

Back to map of the Upper Geyser Basin